The trends of influenza infection in Suriname were assessed during the period of February 2010 till March 2011. Nasopharyngeal and throat swabs from 348 patients, either hospitalized with a severe acute respiratory infection or who presented at sentinel stations with symptoms of acute respiratory tract infection, were collected and screened for influenza virus infections with real-time reverse transcription-polymerase chain reaction (real-time RT-PCR). Influenza B was detected in 16% of the samples, while 19% could be identified as influenza A positive, consisting of 58% pandemic H1N1 and 42% seasonal H3N2 positives. No cases of seasonal H1N1 were detected.

Influenza infection in Suriname seems to occur throughout the year with peak activity in July-August and January and a very low incidence in November-December. Each Influenza type was sustained in two different temporal patterns throughout the study period. Influenza B was the predominant virus circulating in July, while all three influenza types were present in January. The overall positivity rate of pandemic influenza (pH1N1) was 11%, with a decrease set in since April and a second wave occurring in January.

Publication:
Trends of Influenza Infection in Suriname
Influenza and Other Respiratory Viruses 7(5), 629–633 (2013): 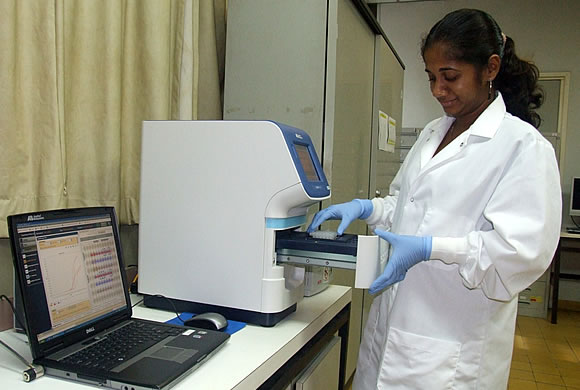