The aim of this translational research was to demonstrate the use of molecular surveillance for polymorphisms and copy number as a monitoring tool to track the emergence and dynamics of Plasmodium falciparum drug resistance. A molecular baseline for Suriname was established in 2005, shortly after the introduction of the artemether- lumefantrine and Mefloquine drugs regimen in Suriname with P. falciparum chloroquine resistance transporter (pfcrt) and P. falciparum multidrug resistance (pfmdr1) markers and copy number in 40 samples.
The baseline results revealed the existence of a uniformly distributed mutated genotype corresponding with the fully mefloquine-sensitive 7G8-like genotype (Y184F, S1034C, N1042D, and D1246Y) and a fixed pfmdr1N86 haplotype. All samples harbored the pivotal pfcrtK76T mutation, showing that chloroquine reintroduction should not yet be contemplated in Suriname.
After five years, 40 samples from corresponding regions were assessed to trace temporal changes in the status of pfmdr1 polymorphisms and copy number. Only minor genetic alterations were detected in the pfmdr1 gene and no significant changes were observed in copy number.
However, the steady presence of N86, the Y184F genotype, and the occurrence of multicopy pfmdr1, although not increasing in time, are a cause for concern and should be cautiously regarded as an early warning sign for future failure of artemether-lumefantrine, the first-line drug, underscoring the relevance of vigilant ongoing assessment of the emergence and dynamics of drug resistance.

Our results reveal that the genotypes circulating in Suriname in 2010/2011 are still fully Mefloquine sensitive, therefore providing scientific support for prolongation of the current drug policy in Suriname.
Our results also demonstrate that periodic tracing of the occurrence of point mutations in the pfmdr1 polymorphic sites functions well to monitor the emergence and dynamics of Mefloquine resistance.

In recent years within the context of four small PAHO – funded projects, our laboratory determined the molecular status of mutations in Plasmodium falciparum, associated with drug resistance to the anti-malarials Pyrimethamine/Sulfadoxine, Chloroquinine, Mefloquine and Artemisinin.

The molecular characterization of the dhfr, dhps and pfcrt genes exhibit a good correlation with the observed treatment failure in Suriname with the use of Fansidar® (pyrimethamine/sulfadoxine) and Chloroquine against P. falciparum infections. The investigation into the status of polymorphisms in the pfATP6 gene shows no mutations in the Surinamese isolates in this gene and we also demonstrated for the pfmdr1 gene that all endemic areas in Suriname still harbor the Mefloquine sensitive haplotype. In addition, in a comparative molecular study performed with P. falciparum strains isolated from miners and non-miners, we did not detect significant differences in mutation frequency. Mining areas in Suriname are therefore not yet considered as reservoirs for malaria resistance. 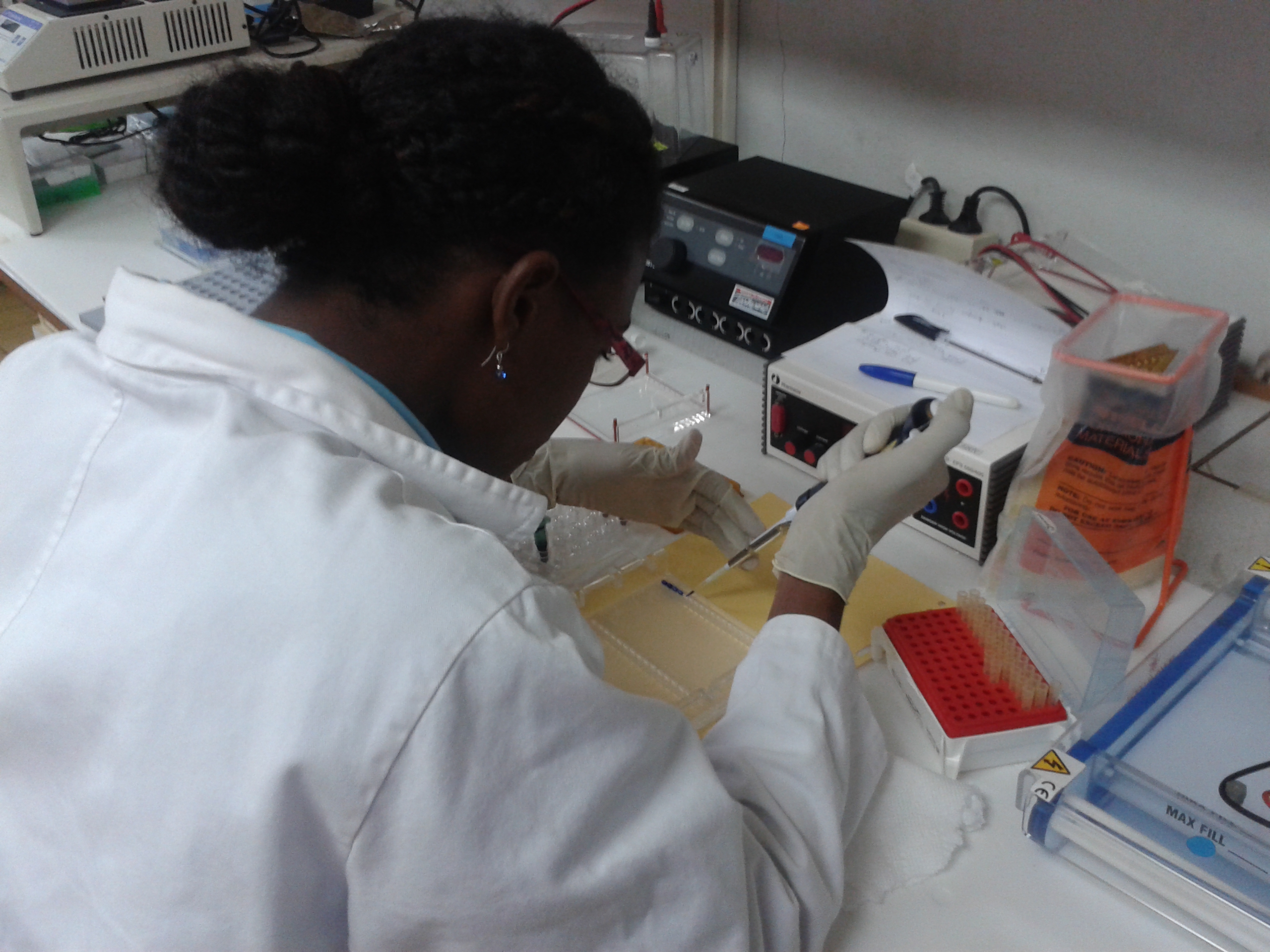